Today we have updated the latest version of MultiTool to 4.5.5.

This release brings new features to support the next version of the Hardware Simulator and an updated firmware for the network hardware (1.0.9). The simulator can operate stand alone without a PC connected once test data has been uploaded. The updated version will allow for a wider range of test data to be used.

A new alarm has been added to the existing waterfall alarm to allow alarms based on mode frequency and nodal diameter.

The Untwist functionality has been improved significantly to support more probe positioning options and improved calculations.

Today we have released version 4.5 of MultiTool.

This release brings new features to support the next version of the Acquisition hardware. We can now support Inductive probes as well as optical probes.The probe type is now selectable from the editor. The default probe type is optical.

The new acquisition hardware also has automatic threshold implemented in hardware. We have tried several conditioning schemes over the last few years and chosen this approach as the most reliable for the applications we have been involved in. The conditioning type can also be selected in the Editor on a per probe basis. The default is Manual.

We have made some changes to allow interoperation with some partner devices.

As this is a point release anyone with a V4 license can update to this version free of charge.

Today we have released version 4 of MultiTool.

This release brings new features in the Acquisition for generating a Once Per Rev signal from the probe signals with both hardware and software solutions. We still recommend a physical OPR but these new features provide options where either fitting an OPR is not possible or the existing one has failed. We also have the ability to generate an OPR after the test from the recorded probe data. There is a YouTube video covering this functionality so please check it out. If you have an update subscription then download the software here.

We have added the ability to calculate the best axial position for the probes into the Editor. If you have a design sublicense for probe placement then this is included for free. The file format for the mode shape data is published in the Editor manual and a demo file is available in the downloads section.  There is a YouTube video covering this new functionality so please check it out.

We have also released some tutorial videos onto our YouTube Channel. Due to the current situation we will not be travelling for training sessions so the aim is to cover the basic operation of the software, pointing out features and functionality that even existing users may have missed. Feel free to head over and take a look.

Update – The demo files used in the videos are available from the downloads section.

We are proud to announce that EMTD Ltd has been awarded a two year grant from the European Union to undertake a research activity.  This is under the Horizons 2020 Clean Sky programme.

EMTD Ltd are leading a project group which includes the following.

A page has been set up and will be updated as work proceeds.

A new section has been created to host published papers and other contributions from EMTD Measurement. Please head over and check out the summary information available in the new section.

Alternatively use the main menu on the left and navigate to the individual papers under the ‘Published Papers’ heading.

The Injector mode of MultiTool allows the user to adjust one or more blades in a dataset, either real or simulated. This can be done either by injecting a permanent DC shift to the blades position, injecting an impact condition or propagating a crack that moves the DC position of the blade with speed.

The user is also able to write their own crack growth algorithm as part of a Plug-In architecture. Please see the manual for more information.

EMTD held its second BTT technology conference In Lingang China in July 2017, it was attended by many people from both Academia and Industry between Monday 24th July – Wednesday 26th July. The event began with a Keynote speech from Prof A.J. Wang of SJTU talking about the problems of reviewing vibration analysis data and the huge potential and opportunities for BTT methods. A number of future research topics were discussed along with new and novel applications. 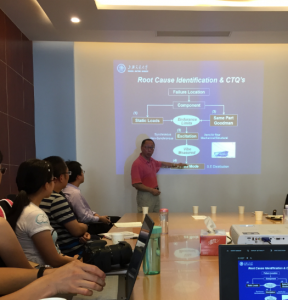 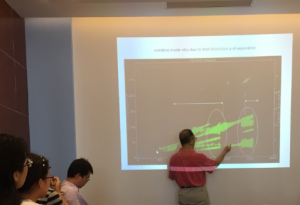 The days also included small group tutorials where a wide variety of topics including EHM, probe technology and cost of ownership were discussed.

Feel free to contact us to find out more information or the date and content of our next training courses.

This is a conference for postgraduates, staff and guests from Industry and Academia in the Aeronautical and Automotive Engineering.

This event aims to bring together the Department’s research groups through a series of presentations and posters.

Contact EMTD or the University of Loughborough for more information.

At the School of Mechanical Engineering, Shanghai Jiao Tong University, Chengwei Fan is providing technical assistance for EMTD BTT systems. He is currently researching new analysis methods which we hope to incorporate in future systems.

We have received great feedback after a thorough review of available BTT systems by an overseas customer.

‘We really think that EMTD is the best BTT system we have ever investigated. So we decided to buy this………..’

In keeping with our desire to promote research and work with academia,  we have been invited to peer review.

‘Because of your expertise on the topic, I am requesting your assistance in evaluating manuscripts submitted to the ASME Journal of Engineering for Gas Turbines and Power’.

Work continues on the compressor test facility in Shanghai as the MultiTool BTT system is being installed on the test rig. 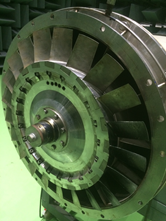 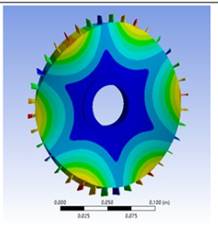 EMTD have released the latest version of its MultiTool BTT software suite. Licensed users can now update to version 1.6.0 by following this link. BETA program customers can apply for the 2.0.0 BETA from 1st June 2017.

The latest update now includes a demonstration option that can be used by potential users to test some of the suites capabilities.  It comes complete with a demonstration file and some examples of the analysis results.

After installation please generate a demonstration request file that should be emailed to enquiries@emtd-measurement.com

We will then send you a license with a validity period of one month that is node locked to a single machine for you to evaluate the software.

Please send any feedback or issues to enquiries@emtd-measurement.com

Alternatively for the more advanced user we can generate a license file for your own data sets. Please contact us to assist in ensuring your data format is compatible.